Medical device and pharmaceutical companies need a secure and scalable compliance management system with the flexibility to support their evolving needs. MedCompli meets that challenge with an enterprise-class cloud compliance platform that cuts through complexity to optimize and automate critical compliance processes.

Christopher is an experienced compliance and business ethics leader, passionate about providing expert advice to clients on resolving complex regulatory issues and assisting in the development of global compliance programs that effectively minimize business risk.

As the Founder of MedCompli, LLC. I saw an opportunity to leverage my twenty years of extensive experience working with life science, medical device and provider organizations of all sizes to develop an innovative software solution to simplify many of the tasks associated with managing the day to day activities of a compliance program. MedCompli is a robust, secure SaaS platform with transparent, cost effective pricing and a unique subscription model that is perfect for the early to mid-size life science company.

Please reach out to learn more about how we can help lighten the load with practical guidance and innovative software. We would welcome the opportunity to share a demo of the software capabilities.

Christopher proudly serves as a Lieutenant Commander in the U.S. Navy and previously deployed in support of contingency operations as a Captain in the U.S. Air Force.

Mr. Gingras has a B.A. from the University of New Hampshire and an M.B.A. from Rice University. He currently resides in Gainesville, FL with his wife, two daughters, one dog, one horse and a handful of chickens. 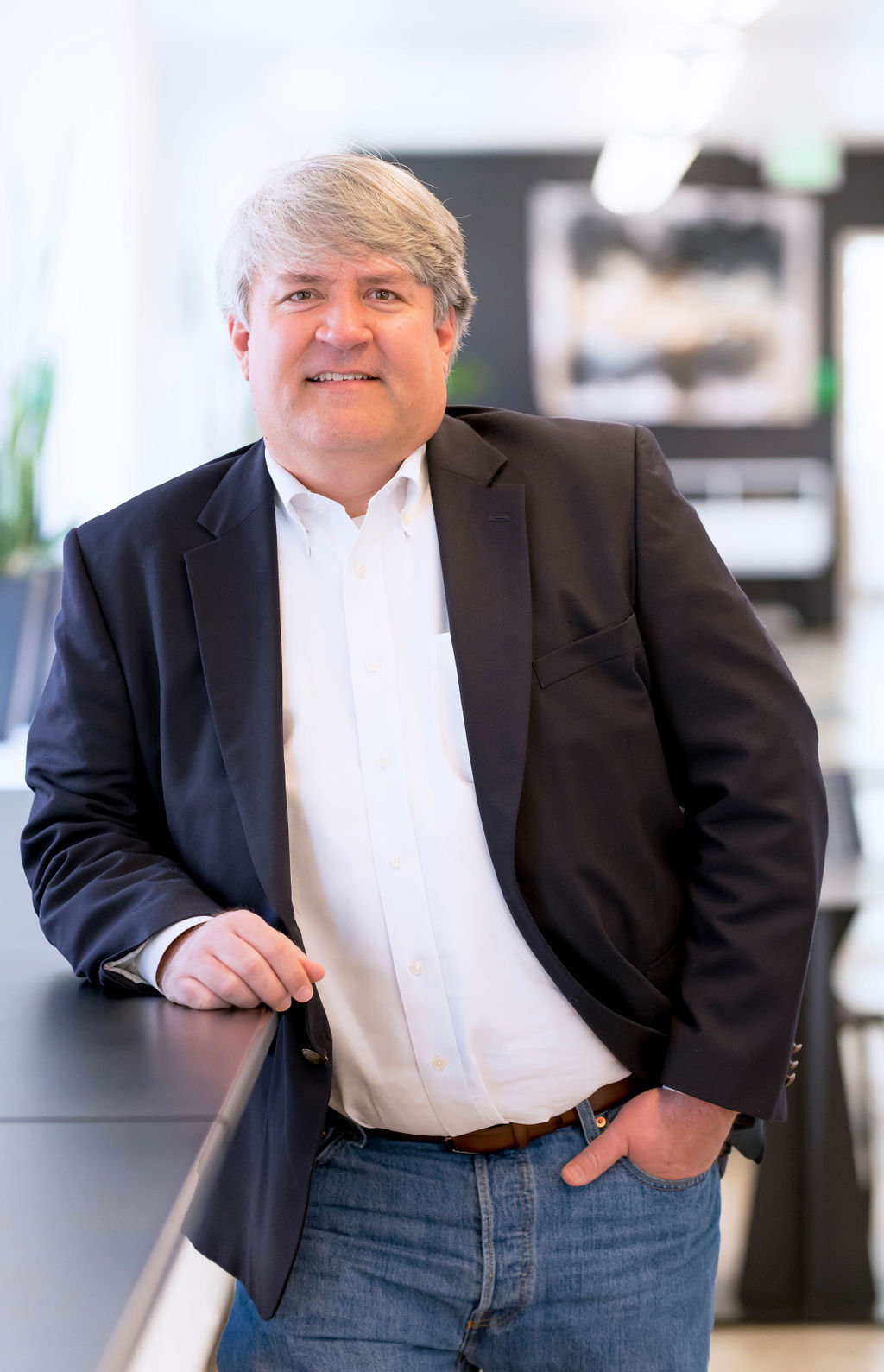 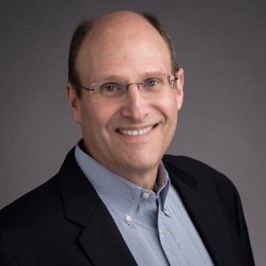 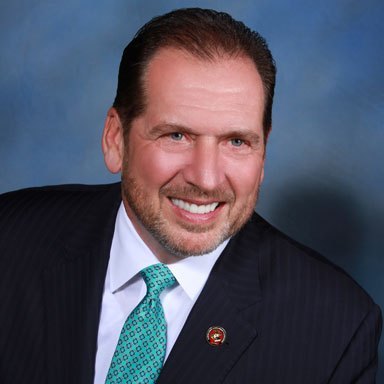 Steve Vincze serves as President and CEO of TRESTLE Compliance, LLC . He is a former Chief Compliance Officer/senior executive for several life science and health care companies, a former counsel to a U.S. House of Representatives Oversight Committee, and a successful entrepreneur and consultant.

Steve brings over 20 years of experience to his clients in regulatory compliance matters. Steve brings a unique blend of experiences and insights to his clients: from government policy and enforcement to private sector business implementation considerations. Steve is an expert in sales and marketing, anti-kickback, false claims, and anti-corruption/FCPA compliance issues as well as in CIA/IRO implementation.

Steve has been one of the premier compliance leaders since the 1990â€˜s with a focus on designing and implementing effective commercial compliance programs for life science and healthcare organizations that strike the right balance to integrate scientific, business and legal requirements for success. This unique blend of experiences and perspectives provides maximum credibility to his clients when addressing life science business and compliance issues.

Starting with the TAP case in 2001, which at $885 million was for many years the largest settlement in the pharmaceutical industry and which directly led to key reforms that changed commercial compliance practices, such as the OIG Compliance Guidance to Pharmaceutical Manufacturers and the PhRMA Code, to more recently at Warner Chilcott, which in 2013 was under federal criminal and civil investigation for alleged improper commercial activities, Steve has been recruited to address high-profile cases and to support legal, commercial and executive teams and Boards of Directors with his compliance expertise.

Steve has worked with a wide-variety of life science companies globally, to include the very largest and most prominent U.S., Japanese and European companies. Most recently, Steve has supported specialty pharma/biotech companies that are either preparing to launch their first commercial product or are in the early stages of doing so.

Prior to forming TRESTLE Compliance, LLC, Steve split his 22-year private-sector career between service as an in-house or outsourced Sr. VP or VP Chief Compliance Officer for several life science and healthcare companies and as a consultant, forming his own firms as well as serving as a non-equity partner for a â€œBig 4â€� firm.

Steve started his career as an officer in the United States Marine Corps (USMC), received various citations, decorations and a full scholarship to law school, served as a prosecutor and defense counsel, served in the Office of the Secretary of Defense and later was selected to serve as a counsel and professional staff member of the Government Operations Committee in the U.S. House of Representatives. 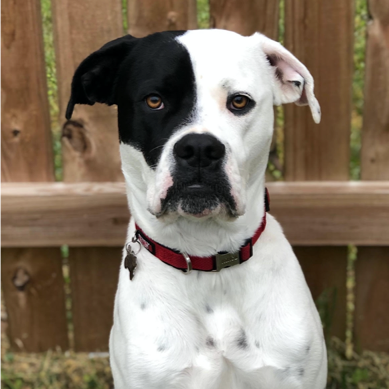 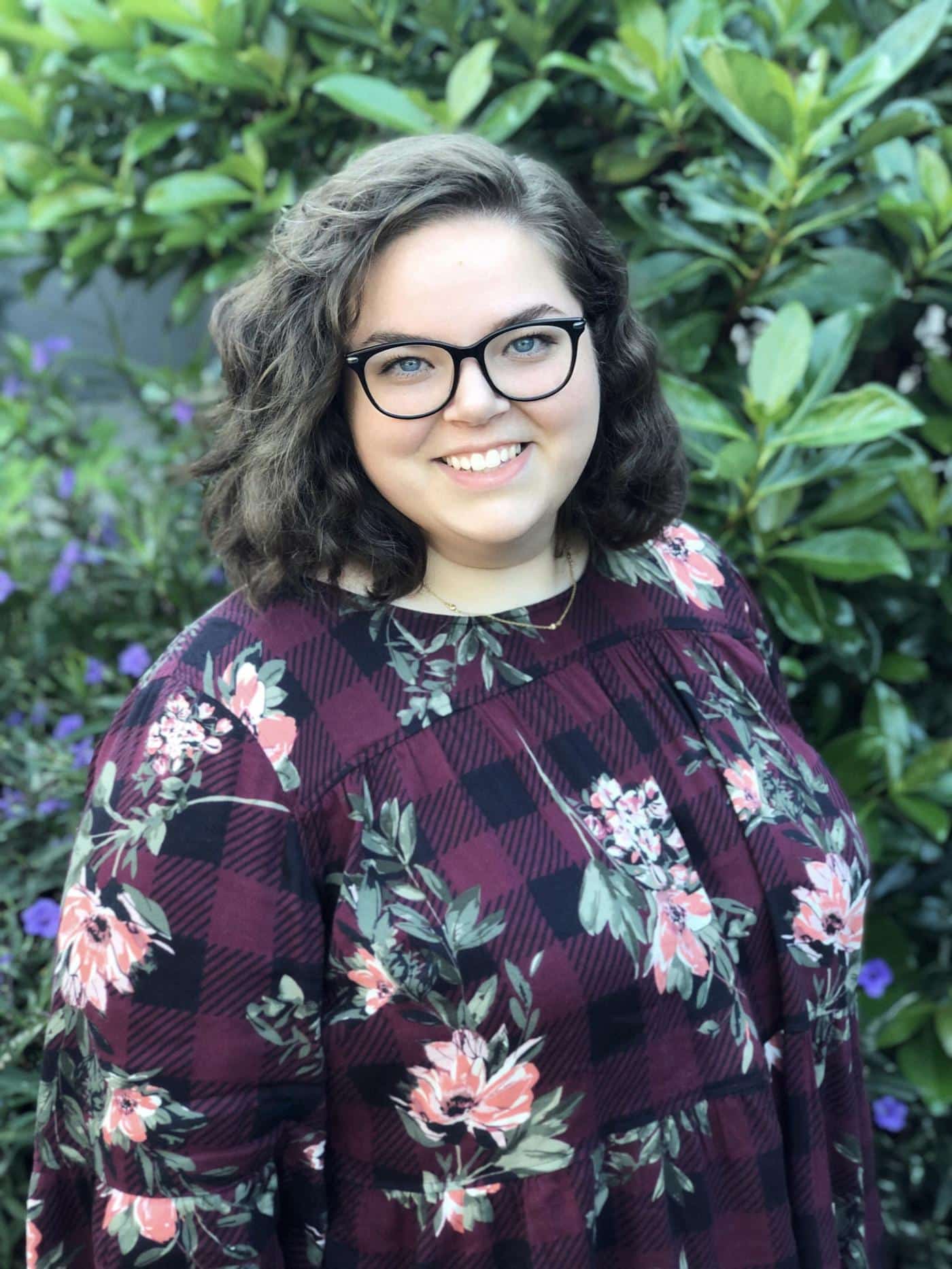 Christine Marino serves as a Client Relations Associate for MedCompli.

With many years of experience in the management of quality community experiences, Christine is focused and driven to deliver the highest quality service for all MedCompli clients.

Having an educational background in Business Management with a specialization in Healthcare Administration, Christine is equipped with the knowledge and skills to assist the MedCompli team in providing unique compliance services and solutions. She utilizes her willingness to learn, energetic personality and positive outlook to tackle any and all challenges head-on.

Christine believes MedCompli to have the most innovative and useful software in compliance management. Request a demo and reach out today to learn more about the many capabilities of MedCompli. 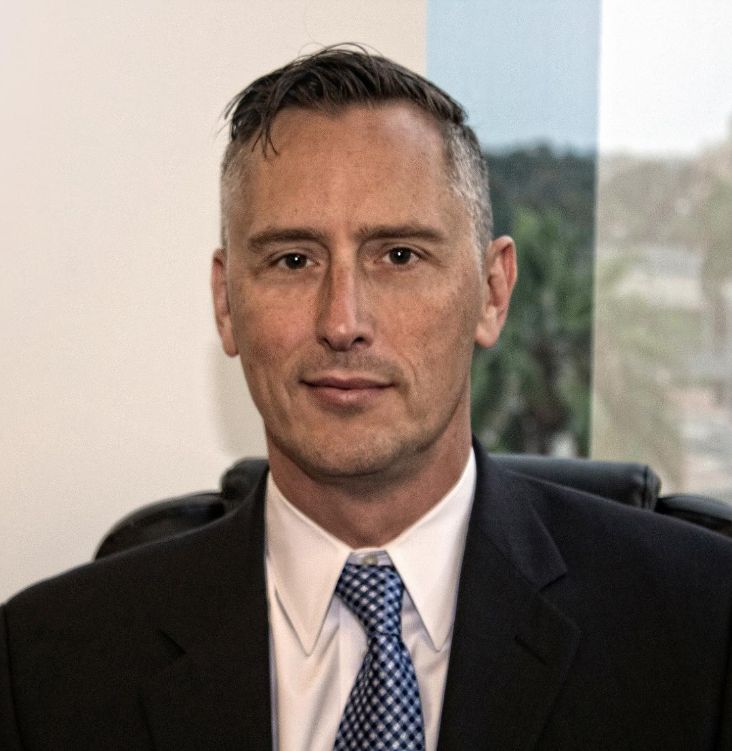 Mr. Halfacre has over twenty years of experience crafting company-wide strategy, accelerating business growth and transforming balance sheets. Known for bringing insight, energy and execution to an organization, he has served as advisor to numerous businesses, at all life cycle stages, whereby he helped investors maximize the value potential. He is the CEO of Rich Uncles, a leading real estate and fintech investment platform serving over 12,000 investors. 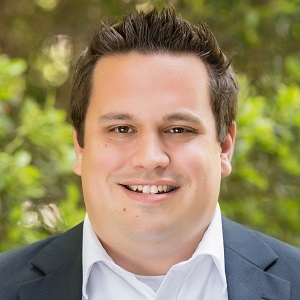 Partner at Hutchison PLLC Danâ€™s practice focuses in the areas of mergers and acquisitions, venture capital investments and corporate finance, as well as general corporate representation. Prior to joining Hutchison, Dan practiced in the Chicago office of McDermott Will & Emery LLP. During his tenure at McDermott, he represented private equity funds and their portfolio companies and public and private companies in connection with a variety of corporate matters, including mergers, acquisitions, dispositions, joint ventures, financings, restructurings, recapitalizations, securities compliance matters and general corporate matters.

Robby Lane co-founded Amend Surgical in June 2015 and currently serves as Chief Executive Officer of this medical device and biologics company located in Gainesville, FL. Before starting this current venture, Mr. Lane worked at RTI Surgical as Executive Vice President of Commercial Distribution where he had global responsibility of this $126 million division. Following RTIâ€™s acquisition of Tutogen in 2008, Mr. Lane was appointed President and Managing Director at Tutogen Medical, GmbH in Neunkirchen, Germany. Mr. Lane began his career at RTI in 2006 as Vice President of Orthopedics and Spine. Prior to RTI, Mr. Lane worked as Vice President of Sales and Marketing at DeRoyal and before that served as Business Manager for the Hip Division at Stryker Corporation. A native of Knoxville, Tennessee, Mr. Lane earned a bachelorâ€™s degree in Zoology from the University of Tennessee. He also earned a masterâ€™s degree in business administration from the University of Tennessee.

Building Relationships with Reputable Companies to Add Value to Our Clients 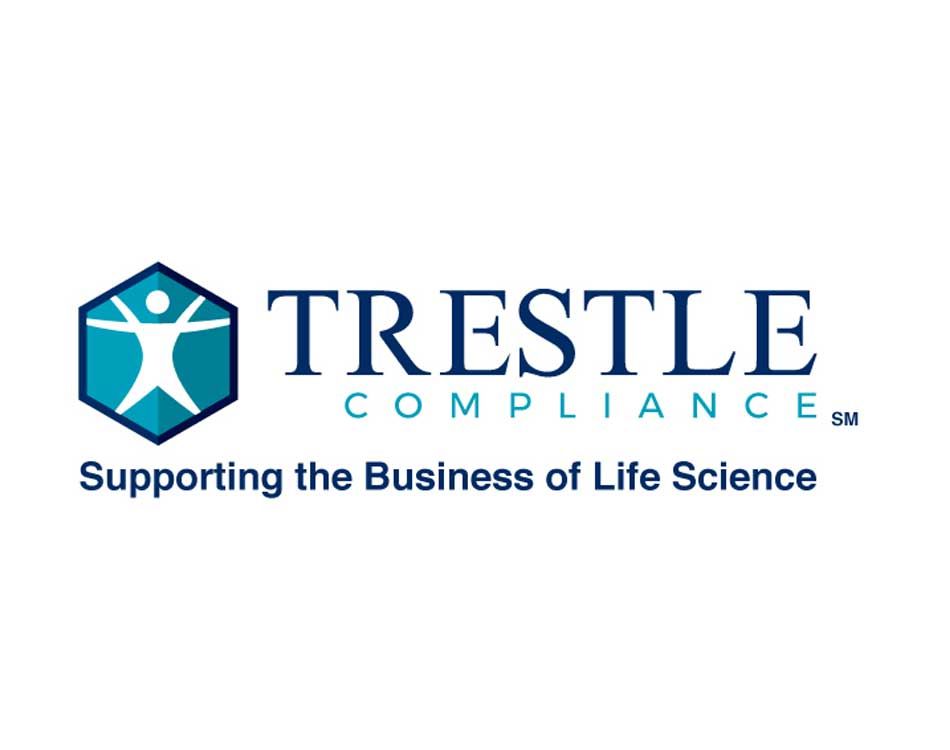 MedCompli is very pleased to partner with Trestle Compliance. Our clients get the very best support and value through our combined TRESTLE and MedCompli Team. They receive the best of both life science focused consulting and advisory support from TRESTLE Compliance and leading-edge software and technical support from MedCompli. Our team provides the best thoughtware and software. Period.

TRESTLE Compliance provides a wide range of commercial compliance support services that help life science companies design, implement, and operate a properly scaled, efficient and effective compliance program. We apply with precision the science of how to time and integrate the elements of a compliance program with your commercial program, while practicing the art of how best to communicate this process. To learn more please visit https://www.trestlecompliance.com or call Stephan Vincze at 617.800.3704.

MedCompli is pleased to partner with ADEPT Orthopedic Executives, an organization committed to helping early-stage medical device manufacturers accelerate their commercialization. ADEPT leverages their executive experience and leadership skills to enhance their clientsâ€™ ability to compete with BIG-Ortho in the orthopedic device industry.

The ADEPT team takes a partnership approach, wherein open adaptability and communication are necessary. ADEPT provides their clientsâ€™ with personalized service and cutting-edge solutions to meet their needs. To learn more or to set up a exploratory call, please call (877) 647-4708 or email info@adeptortho.com. 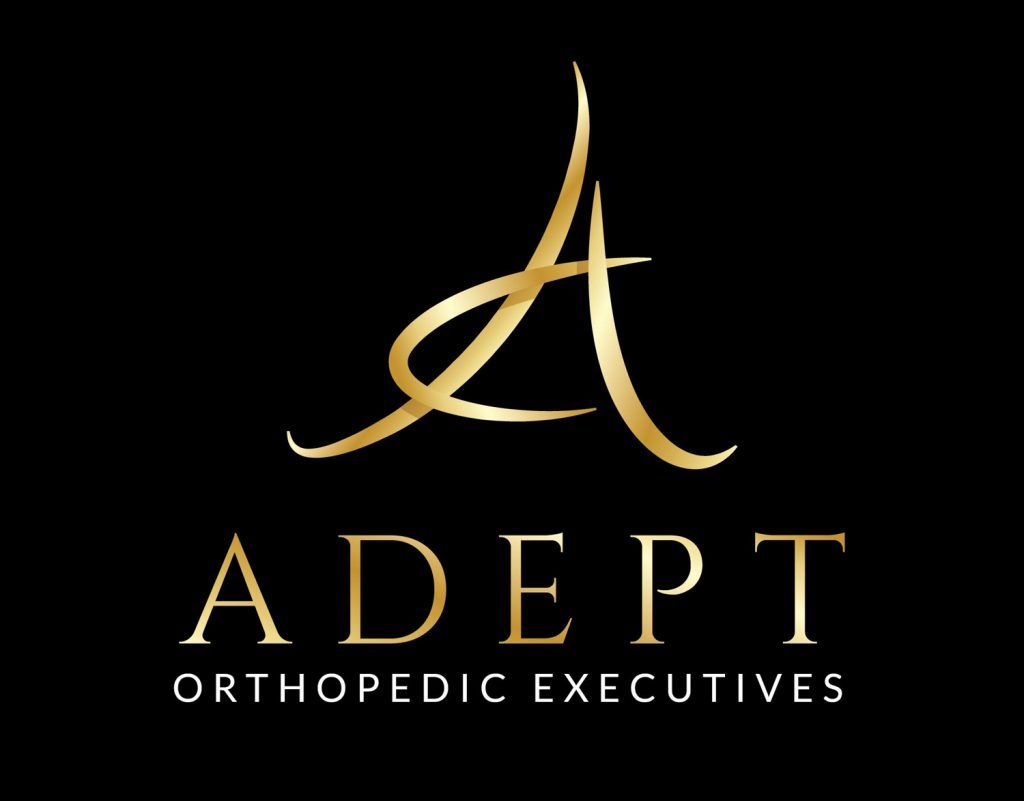